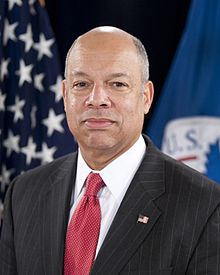 I was filled with pride when President Barack Obama appointed Jeh Charles Johnson to become our nation’s Secretary of Homeland Security. Jeh Johnson’s grandfather had served as the first African-American president of Fisk University, where my parents were on the faculty. In fact, it was Dr. Charles S. Johnson who gave my parents their wedding at the Fisk Memorial Chapel, since my mother’s father had died when she was a young girl. Dr. Johnson had indeed become a father-figure to her during her early career. Jeh Charles Johnson, former Secretary of Homeland Security under President Obama Dr. Charles S. Johnson, first black president of Fisk University, and grandfather of Jeh Johnson Jeh and I would see each other as children on campus whenever our parents would socialize. Of course we went our separate ways when we left Nashville to go to college, but we would run into each other again over the years when we returned to visit. When Jeh returned to Fisk in 2013 to rece
Post a Comment
Read more
More posts